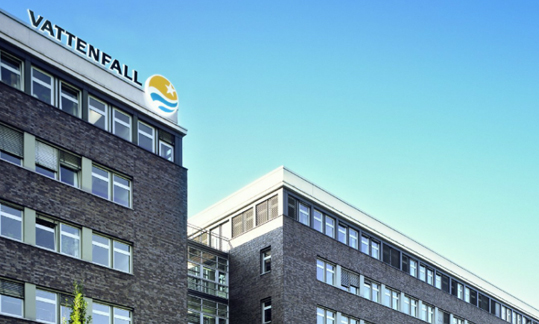 Although business case results are often inflated to get projects approved, sometimes the actual results are better than expected. That was the case with Vattenfall’s deployment of the Networked Energy Services (NES) System — Phase 3 of a multi-year, multi-vendor AMR project. Vattenfall’s project with NES is an excellent example of:

• Getting more features than planned and being able to exploit these additional capabilities.

• Utilizing the additional insight from the intelligence that some AMI solutions are able to provide to DSOs.

Vattenfall — Europe’s fifth largest generator of electricity — began deploying AMR to its 860,000 customers in Sweden. This was done to comply with a law that required electric utilities to provide customers with monthly meter readings, and provide meter data to all retailers and customers. Physical deployment began in 2003 and, by June 2008, basically all meters had been installed. However, the project did not stop there. Vattenfall has continued to leverage the NES System capabilities and utilize new NES technologies and capabilities as they were introduced in the years since 2008.

When Vattenfall began its work with NES (named Echelon at that time) and Schneider Electric (named Telvent at that time), the deal comprised one of the most extensive programs ever conducted for the installation of modern, intelligent infrastructures for metering: 600,000 NES smart meters, which would be outsourced to Schneider Electric, a leading IT provider and system integrator in Europe and the Americas. At first, Vattenfall planned to use the NES System to simply automate its meter-reading process, just as it had done with its two previous AMR phases (AMR 1, the Actaris project with 110,000 meters deployed, and AMR 2, the Iskraemeco project with 150,000 meters deployed). And that aspect of AMR 3 has gone as planned: Vattenfall receives a variety of NES data each day through the Titanium Information System, which manages the NES System and its associated data. This includes the 600,000 daily meter-reading values, hourly reads, and even shorter consumption reads for a portion of their customers, as well as any event conditions. With a daily success rate well above 99 percent, the availability of the system has exceeded expectations.

But once deployment of AMR 3 was underway, Vattenfall began to use other functions of the NES System. For example, Vattenfall began using the load-limiting function associated with the NES smart meter’s integrated disconnect switch to better manage customers and their associated contract size restrictions. Vattenfall also uses outage information and power-quality data to manage its distribution network and identify issues or problems.

Vattenfall takes advantage of the meter’s comprehensive power quality data, which has become important as the use of small-scale distributed generation is growing within its customer base, and allows them to measure this generation through the NES smart meters, a more cost-effective solution than a dedicated meter.

Erik Nordgren, who was responsible for Vattenfall’s AMR project from 2005 to 2008, gave a review of its overall AMR project. He stated, “Vattenfall found the success of the NES deployment superior to that of its AMR1 and AMR2 projects for several reasons: The NES project was cost effective, the team met its original scheduled 2008 deadline, and it deployed technology with more functions and features than originally planned, such as remote upgrading, power-quality data, remote disconnect, and comprehensive tamper detection. Overall, Vattenfall saw the functionality significantly increase from AMR 1 to AMR 3 while the overall cost of the system decreased.”

In many ways, Vattenfall’s deployment of the NES System is an industry benchmark.


“It’s influential not only because of the large-scale roll-out of smart meters, but also because of Vattenfall’s pioneering use of advanced metering technology and its use of an external service provider to collect and deliver data. The project is a prime example of how smart metering can significantly improve a utility’s operations and internal processes.”

Since the completion of the smart metering infrastructure deployment in 2008, Vattenfall has continued to explore new ways to benefit from its NES advanced metering investments.

Thanks to new technologies on the grid, Vattenfall has at their disposal an unprecedented level of data sources and visibility on the grid. However, perhaps the most dynamic area, the low-voltage (LV) grid is often overlooked by distribution system operators (DSOs).

Lars Garpetun, R&D Programme Manager at Vattenfall, gave his perspective on why DSOs should pay more attention to the LV grid. Due to cost, the LV grid is not monitored by the SCADA system, making it a black hole for Vattenfall. To combat this, the utility established a LV monitoring system based on data from the NES smart metering system. Garpetun Says: “We can monitor power outage and power quality data based on events generated by the meters when an unacceptable level of quality occurs.”

The issue at hand for many utilities is that their solution is not ‘intelligent’, and focuses on reactive actions as opposed to proactive.

Garpetun explains the issues facing DSOs moving forwards: “In the future, it will not be acceptable, nor should it be acceptable, for customers to alert the DSOs of power outage or quality issues when the event occurs.”

As the grid becomes more complex, DSOs need to develop their LV capabilities: Customers’ consumption patterns are changing, and with increased distributed energy resources such as electric vehicles, there will be a drastic impact on voltage networks. The goal is to lower operational expenditures and improve customer satisfaction with early identification of weakness in the grid. 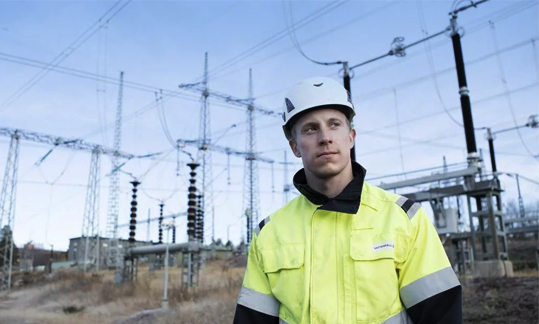 Networked Energy Services (NES) is a project partner with Vattenfall that has helped them make its grid operations intelligent. Jon Wells, VP Customer Solutions at NES, says: “In the past, it was only commercially viable to utilize SCADA for high and medium-voltage grids, but now it’s the LV grid where all of the dynamic energy usage happens.”

To combat these issues, NES developed an interface which can provide more proactive insights to DSOs. Wells explains: “The solution puts on top of the LV grid, two key components - what we call a sensor network and an analytics framework.”

With this framework, Vattenfall can build a more accurate and detailed model of LV grid topology, obtain more detailed and fine-grain voltage and power supply and quality information from the substation to the consumer, and draw timely actionable insight for operational and business decision making

One of the key use cases is visibility of the LV grid topology, which is gained from the sensor network layer. Based on the understanding gained of the grid topology between the transformer and consumer, Vattenfall can get greater insight into how best to manage power quality.

Vattenfall is no longer limited to just looking at monitoring points at the network edge - they’re able to understand what’s going on deeper inside. This allows them to identify longer term degradation and trends, so that they don’t need to wait for a failure. This combined with the analytics framework allows Vattenfall to use that new information in an intelligent, proactive way.

The solution can find out what the indicators are for failures and use them to predict and avoid future failures, look at datasets that give information of demographics to gain more insight into the growth and demand in certain areas, and then be able to understand more about the dynamics of consumption, supply and distribution across the LV grid.

A second key use case for a smarter LV grid is to identify the impact to consumers of an event in the LV grid. Since Vattenfall knows more about the topology of its LV grid, they are given greater insight into not only who may be impacted, but also they can start looking at the patterns of outages and where perhaps there’s a root cause creating wider impacts.

The analytics framework can look at this data and add value to it based on other data sources in the business or public domain, looking into things such as the social impact of an outage, as well as the economic and business impacts.

In addition, Vattenfall can intelligently evaluate operational measures. Vattenfall can use analytics models to calculate the revenue generation of consumers. So this can help them decide the priority criteria for fixing problems based on the social, economic and business impacts as well as the traditional technical severity considerations.

Another key use case is restoring service for customers. During service restoration, the smart grid data enables Vattenfall’s operators to be able to identify the root cause faster, spot available capacity for re-routing, and provide enriching information to the field crews.

The sensor networks role in this is to identify the root cause through reachability of network health points (points in the network that are historically highly reliable communicators) and the topology. This also enables them to identify where there’s capacity to switch energy distribution flows and where there’s been a reroute to accommodate for that problem. This can help drive semi and fully automatic load control.

The information gained from the sensor network and analytics framework can improve the dispatch of tasks to field work. The solution makes information provided for the field work tasks more accurate, more detailed and contextual information, and also enables them to bring in information from wider datasets in order to be smarter about that priority setting. 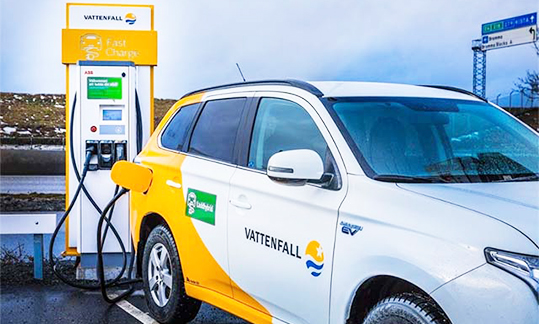 The Future for DSOs and the Smart Grid

The NES smart metering solution gave Vattenfall the opportunity to improve business processes by implementing comprehensive monitoring of the low voltage grid, which enables them to take a more proactive approach to its operations.

Garpetun sees this as a crucial way for DSOs, such as Vattenfall, to gain the most benefit from the future smart grid, saying: “An advanced metering system with the ability to continually measure current and voltage in combination with advanced analytical methods are the key components to provide customers and DSOs better service and lower costs.”


While this may not have been envisioned at the start of the Vattenfall’s AMR project in 2003, the NES Smart Metering System, including its innovative sensor network and an analytics framework, has been able to successfully deliver these types of benefits in the many years since then.

Vattenfall’s deployment of the NES System truly is an industry benchmark.