Networked Energy Services Sp. z o.o. awarded support from the Polish Investment Zone for the implementation of a new investment in Gdańsk

NES received support from the governmental program: Polish Investment Zone for the creation of a new - "Logistic and Configuration Center". The decision to grant the tax relief was issued by the Board of the Pomeranian Special Economic Zone.

Gdańsk, Poland, June 2, 2022: Networked Energy Services Sp. z o.o. (NES), a global smart grid solution provider with the industry’s leading Energy Applications Platform (EAPTM), that is located in Gdańsk-Poland, is proud to announce that on the 5th of May 2022 it received a positive decision from Polish Investment Zone, issued by  the Board of the Pomeranian Special Economic Zone (PSEZ) for support of its new Logistics & Customization Center project.

NES was formed as a result of the spinoff of Echelon Corporation’s Grid Modernization Division in October 2014. Since its inception, NES Corporation has been deeply involved in the world's leading implementations of networked smart metering for utilities and DSOs, including more than 100 smart metering / smart grids projects and pilots in more than 25 different countries. In 2015, a subsidiary, NES Sp. z o.o. with an office in Gdańsk, was established to participate in, and focus on, the Polish market.

The Logistics & Customization Center project is NES Sp. z o.o. solution to the fast growing need for developing a center where final products can be examined and customized for end customers by NES engineers. The Center will be located in Pomeranian Special Economic Zone and will comply with the requirements of sustainable social and economic development. The plan is to launch the project in 2022/2023.

NES products and solutions, which are designed in the Silicon Valley in the US, are based on Open Smart Grid Protocol (OSGP), which is a family of specifications for implementing smart metering and smart grid applications. The NES System provides >99.8% daily availability of metering data and offers extensive industry-leading security features, such as automatically changing unique meter keys, intrusion detection for individual meters, and AES-128 encryption, which are designed to help protect, detect and respond to cybersecurity threats in an efficient and timely manner.

The NES System enables utility customers to actively participate in energy conservation programs and allows utilities to identify and help reduce the amount of losses in its low voltage network. These features are especially important within Poland and the entire EU today due to the critical need to reduce energy generation and consumption. NES’ smart grid technology is used in nearly 40 million smart meters and other smart devices around the world to enable energy efficiency and energy sustainability.

NES products are utilized in the global energy transformation process and thus act to help protect the natural environment.

The topic of smart meters is very important in Poland, where more than 400,000 NES smart meters are already installed. Smart meter deployments are expected to rapidly expand in Poland as a result  of a new law requiring remote reading smart meters need to be installed for at least 80% residential customers by the end of 2028. In order to deliver the best quality products and the most effective service and support for its customers, NES decided to invest in the Logistics & Customization Center in Poland.

“We are honored to be awarded the EU aid for our planned investment project in Poland, and we are excited to support the growth of Poland’s Pomeranian Special Economic Zone,” said David Thomson, President and CEO of NES. “Poland has demonstrated its commitment to the energy conservation through its compliance with the EU directive for smart meters, and we look forward to continuing to support the Polish market meet its objectives,”

"Exactly a year ago, in May 2021, the Pomeranian Special Economic Zone celebrated the issuance of the hundredth decision on support, today NES received the 200th decision," said Przemysław Sztandera, President of the Pomeranian Special Economic Zone. “In less than three years, the support of the Polish Investment Zone, in the area managed by PSEZ, was received by 200 investment projects - most of them went to small and medium-sized enterprises. In comparison, before the amendment to the act, for 21 years of PSEZ operation, 307 investment projects received a tax relief, which was mainly caused by territorial restrictions. These figures show the scale of changes introduced by the Polish Investment Zone”.

The Polish Investment Zone (PIZ) is a continuation of the idea of ​​special economic zones, but in a much expanded form. Under the 2018 Act on Supporting New Investments, tax exemptions are available throughout the country. The Pomeranian Special Economic Zone provides support from the governmental PIZ program to companies planning new investments in the Kuyavian-Pomeranian Voivodeship and in the eastern part of the Pomeranian Voivodeship. 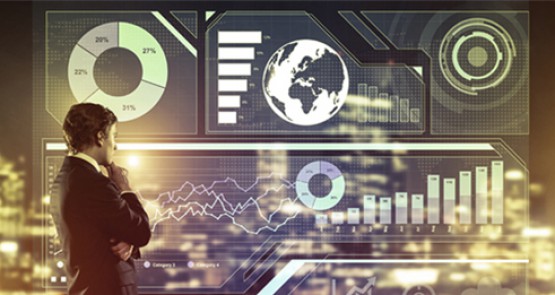